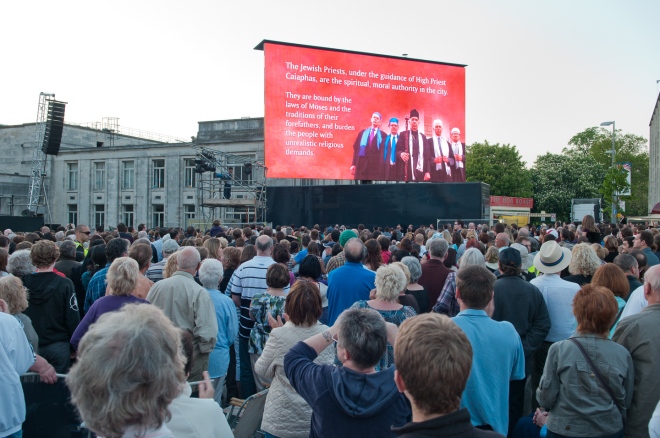 As John and Charles Wesley rode, strode, preached and sang their way through the streets and lanes of Britain they transformed lives.  They did so in the heart of of a society that was far from God, bringing uncompromising grace and hope to people whom the church had largely forgotten.

These words are easy to write, but I am in awe of their courage and strength.  They worked amongst the poorest and toughest communities, with the Gospel of Jesus Christ, and the gifts God had given to them, as their only weapons.  By modern standards, the Wesleys’ message would have seemed like very “tough love”.

And yet this was what was needed for its time and season.  At Kingwood Colliery in Bristol it is said that thousands of miners listened to Wesley’s words as tears of penitence and gratitude made white furrows down their begrimed faces.  But it was not only their faces that bore witness to the changes that John and Charles brought.  In his journal, John Wesley wrote, “Kingwood does not now, as a year ago, resound with cursing and blasphemy.  it is no more filled with drunkenness and uncleanness and the idle diversions that naturally lead thereto.”

There is a danger, of course, that we just resign ourselves to waiting and hoping that a new Wesley will appear. But we live in a different time and place. As James Emery-White put it at a talk I once attended by him, we live in a world that is more “Mars Hill” than “Acts 2”.  By which he meant that our starting place for telling the Gospel story is very different.  The difference between today’s society and that of John Wesley, in terms of it’s knowledge of and desire for the Gospel, is about as great as the difference between the crowds of Pentecost Peter addressed and the Greek scholars that Paul amongst whom Paul found himself in Athens.

We too must work out what is needed for our own time and season – where are the fields and pit heads of the modern day? Are we able to recognise the “begrimed faces” of people far from God? Do we know how to speak in a language they understand? Can we set a light in their hearts that will change lives, cities and communities? Do we have a message for them that will be etched into their faces for all to see?

Perhaps Netley is a place where we will discover the answer to some of these questions.