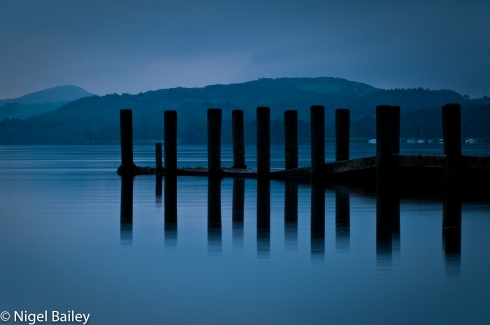 I took this picture in 2010 in the Lake District close to a house in which we were staying on holiday.  It meant getting up pretty early in the morning and getting in position for the sunrise.  Sadly, although the sun did, of course, “rise”, it did so behind a thick blanket of cloud.

When I arrived at the site I had it all to myself, but it was not long before a couple of other photographers turned up too.  We found ourselves all really wanting to be in the same “Position A” to take a shot at the head of the jetty looking out across the still lake.  A bit like this one… 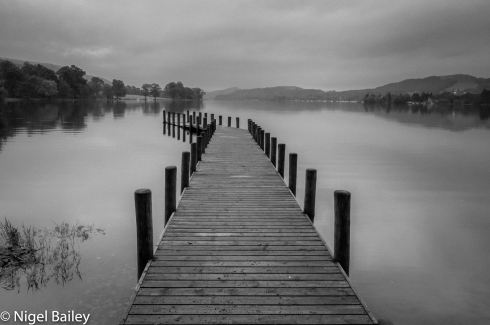 We managed to cooperate sufficiently to at least each have some time to get in place and take a few frames before moving politely to another viewing angle.

It forced me to move around and look at the location a little differently. This is no bad thing – whilst this shot is the one that I had planned in my head, I’m not sure it is the best one that I took that day. I actually rather like this one, taken at a slower exposure of 2.5 sec and from the side – the movement and reflection in the water has turned the lower end of the reflected pillars into “barcodes”; it’s not the shot I expected when I went out, but I really do prefer it.